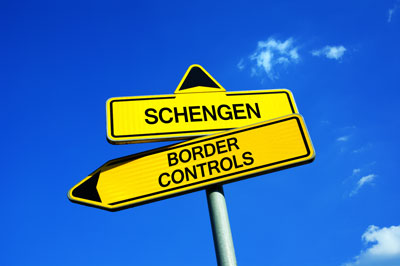 The European Union has adopted tighter regulations for the Schengen Information System, or SIS, promising to make travel safer and easier throughout member countries.

On November 19th, 2018, the European Council, a governing part of the European Union (EU), met in Brussels and agreed to create a stronger Schengen Information System, or SIS.

Schengen is the town in Belgium where the Schengen Agreement was signed back in 1985, when more than 26 member countries essentially agreed to become border-free. The reason? To make travel easier for both EU and non-EU citizens and keep the spirit of openness alive in Europe. The Schengen Travel Zone is the world’s largest visa-free travel zone and covers most EU countries except the UK, Ireland and others. There are, however, Schengen Area countries not in the EU: Iceland, Norway, Switzerland and Lichtenstein are considered “associate members.”

The SIS is a large-scale information system that supports security at external Schengen Zone borders. The system went into effect in April 2013 and is Europe’s most widely used security database. SIS currently contains over 80 million records. In 2017 alone, the SIS was consulted more than 5.2 billion times. The proposed changes will make Schengen Zone travel safer on many levels, creating tighter regulations and an upgrade to a completely integrated, digital system.

Upgrades to the SIS are expected to include:

Once the President of the European Parliament and the Austrian Presidency of the Council have co-signed the agreement, it will go into force 20 days later. However, the changes will occur in phases and are not expected to be complete until 2021.

The relatively new eu-LISA agency will be in charge of the implementing the reinforced SIS. eu-LISA is the European Agency for the Operational Management of Large Scale IT Systems, the very first EU agency created for the sole purpose of border control and migration.

The new SIS regulations are part of a cross-border, holistic initiative to digitize all traveler information. Along with ETIAS and other initiatives, the SIS changes will help make visiting the Schengen area as safe as possible, allowing tourists to enjoy their stay fully and without worry.