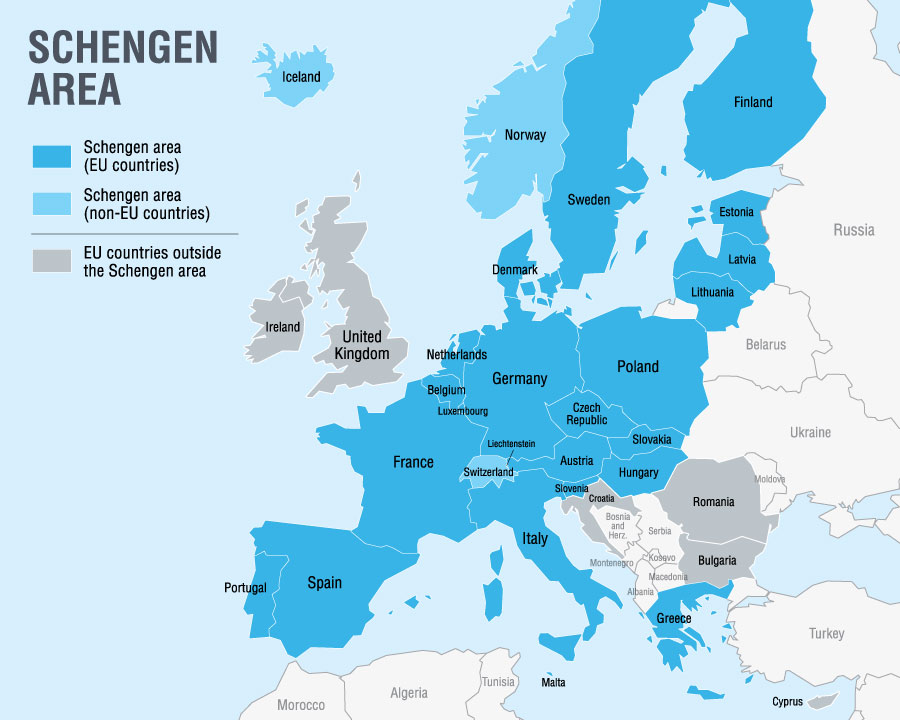 The History of the Schengen Travel Zone

On June 14, 1985, leaders from France, Germany, Luxembourg, Netherlands and Belgium met in a Luxembourg village called Schengen. Their goal was to do away with internal border control for states in the European Union (EU), so working people in Europe could travel freely in and between any EU state. Schengen has often been held up as a cornerstone of the EU belief established after World War II for a peaceful and united Europe.

Since its beginnings, the Schengen Area has opened its borders to many other countries including the United States. The area has experienced a huge influx of travelers, making tighter security screenings necessary. That led to the creation of ETIAS, the European Travel Information and Authorization System. Going into effect January 1, 2021, ETIAS will allow visitors from ETIAS eligible countries to apply for ETIAS approval and travel visa-free.

The Schengen Travel Zone maintains its border-free beliefs, and traveling with an approved ETIAS will help you travel in and between participating Schengen countries more easily, as long as your trip is 90 days or less within a 180-day period.

If Luxembourg is on your itinerary, you can learn more about Schengen Area history at the Musée Européen Schengen, or the European Museum. It’s located in the village of Schengen where the original agreement was signed.Find more tips and information on our ETIAS FAQ page.