SIS – What is the Schengen Information System 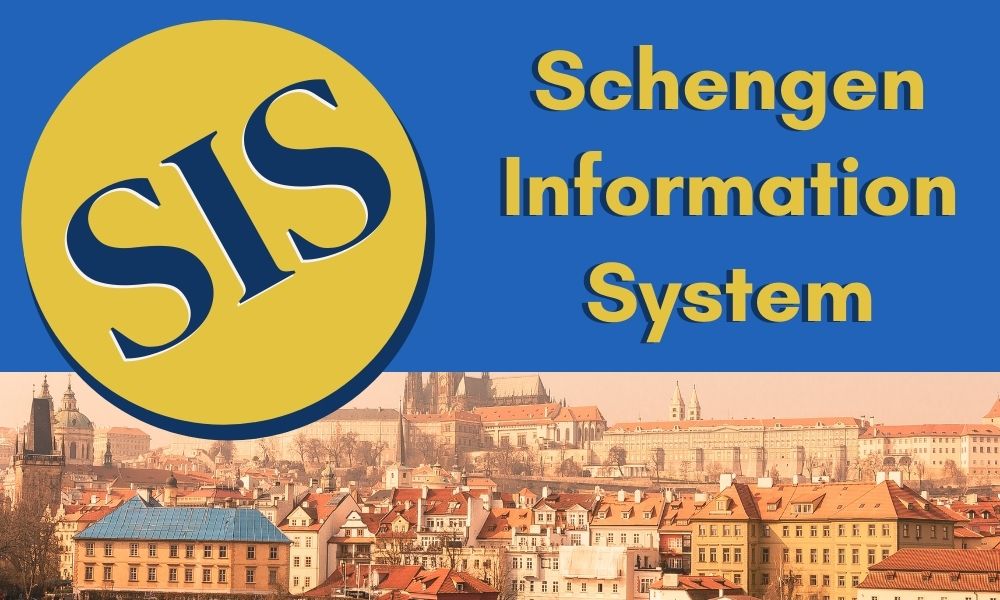 The Schengen Information System, which has been upgraded to a newer version (SIS II), is governmental database that Schengen Travel Zone nations have access to. This database is designed to enhance existing security measures by maintaining identification information on individuals and entities. New improvements are ongoing, and the system is expected to be fully upgraded by 2021.

December 2020 - The Schengen Information System, which has been upgraded to a newer version (SIS II), is governmental database that Schengen Travel Zone nations have access to. This database is designed to enhance existing security measures by maintaining identification information on individuals and entities. New improvements are ongoing, and the system is expected to be fully upgraded by 2021.

What is the main purpose of the Schengen Information System?

According to europa.eu, the official website of the European Union, “As people and goods can move in the Schengen Area without being checked at internal borders, SIS is used by security officials to help keep people safe and counter cross-border crime.”

Individuals and entities, including names, aliases, and criminal records, are maintained as part of the database so that law enforcement in member countries can identify security risks. SIS can help mitigate:

Since its inception, member states have made increasing use, including a 20% increase from 2017-2018.

Alerts can be issued regarding people and goods, and there were approximately 267,000 alert ‘hits’ as of 2018.

As of 2018, more than 250,000 alerts had been registered. Some alerts were related to irregular migration, while others involved potential human trafficking and other major crimes.

SIS is also used to broadcast news alerts in order to share information major crimes and other types of security risks. Alerts can also include information related to missing firearms/weapons, banknotes, and missing objects such as vehicles.

Information on ‘vulnerable’ individuals and persons of interest is maintained, but data protection is also of very high importance to the European Council.

What does the word Schengen mean?

The Schengen Travel Zone (sometimes called the Schengen Zone or Schengen Area) is an economic and trade association composed of 26 countries in Europe. The historic 1985 Schengen Agreement was signed by France, Germany, the Netherlands, Luxemburg, and Belgium in Schengen, Luxemburg.

This agreement set the course for open European borders and unified travel agreements that we know today. This early treaty also made steps toward enhanced immigration policies.

Since 1985, the Schengen Area has expanded significantly to include most members of the European Union as well as additional European Free Trade Agreement members.

The European Travel Information and Authorization System (ETIAS), which is scheduled to launch in late 2022, will be used as a partner to SIS as a way to further strengthen the external border of the Schengen Travel Zone as well as internal borders.

What countries are in the Schengen Area?

Of the 26 member countries, 22 are considered full members of the European Union, including Spain, Sweden, Hungary, Italy, Finland, Czech Republic, and Portugal to name a few. The five original members of the 1985 agreement (Belgium, France, Germany, Luxemborg and the Netherlands) are still part of the Schengen Zone, which also includes Austria, Denmark, Estonia, Greece, Latvia, Lithuania, Malta, Poland, Slovakia, and Slovenia.

San Marino, Vatican City, Andorra, and Monaco are considered part of the area and also maintain the open border policy. Croatia, Cyprus, Bulgaria, and Romania are expected to fully join the association in the coming years.

Is the SIS system new?

The Schengen Information System (SIS) has existed in some form since 1995. The system was updated in 2001, and SIS II came into force in 2013, which introduced more robust technology.

The latest updates are expected to become fully functional in 2021, and the amount of information collected has continued to grow. Member states made more than 6 billion searches in 2018 alone. Fingerprint identification has also been integrated into the system, making identification easier and faster.

When did the European Council update the SIS system?

The most recent update is actually ongoing until 2021, but the European Council has been making continuous updates since it was initiated in 1995.

The most recent update increases operational functionality while also making the data protection and security screening more robust. As the system has increased in capability, so too has the data storage requirements.

The system will be capable of issuing a wider variety of alerts, and ETIAS, the European Travel Information and Authorization system will create an added layer of sophistication and identity control. With ETIAS, visa-free travel will still be possible, but all travelers will be required to submit identification information that will be processed to identify potential security risks.

SIS and ETIAS increase security while allowing for easy travel

The Schengen Information System, when combined with ETIAS (The European System for Travel Authorization), will help European border agents and law enforcement identify security risks quickly while allowing passengers easy entry and exit from the Schengen Zone. ETIAS is scheduled to initiate in late 2022 and will be a mandatory travel document (electronic) for travelers from 61 countries.